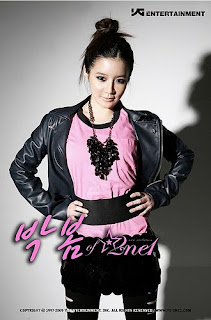 Park Bom of girl group 2NE1, shot a music video on the 18th of October in Seoul, will turn turn into a solo singer.

The spokeperson also said, " We're currently shooting a music video and the single will be released in November or December. The genre will be ballad, but there will be no broadcasting promotions."

2NE1 Park Bom: Solo single will be released at the end of October

2NE1 Park Bom will make her solo debut at the end of October.

YG entertainment spokesperson said "Park Bom's solo will be announced at the end of October. The genre will be R&B and we're currently shooting a music video."

The spokesperson also stated that "We haven't decided if we will have broadcasting or promotional activities."