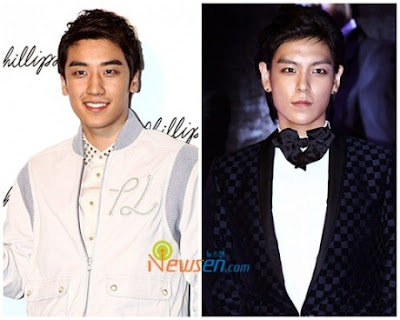 Big Bang SeungRi has given an advice (?) to fellow member TOP about acting.

SeungRi was on SBS ‘TV Entertainment’ to be aired on 21st October where he talks about TOP’s acting , “TOP hyung’s eye expression is burdersome.” TOP recently has his drama debut in KBS drama ‘IRIS’ acting as a killer.

All 5 members of group Big Bang have come together after 2 month on the show. Previously in August, member DaeSung was involved in a car accident and has been inactive since. And he was seen looking healthy on the show with the rest of the members.

Also member GDragon talks about his feelings on his solo debut album release.

* “SeungHyun ah, did you say that SeungHyun hyung is scary?”
* “I think SeungRi meant it the joking way during the interview. The reporter should be careful with how the article is written”
* “LOL did TOP debut as actor first? Now who’s giving who advice”