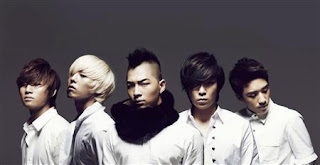 “Hallelujah”, sung by the five-member idol group, will be used for the actions scenes in the blockbuster spy drama, Taewon Entertainment said in a press release.

Big Bang recorded the song particularly in support of member TOP who appears as a sniper named Vick in the Wednesday and Thursday night drama.

The song was written by Big Bang leader G-Dragon and jointly composed by the singer and Teddy, who has penned many of hit songs for their agency YG Entertainment’s artists including the boy band and girl group 2NE1.

Several of South Korea’s top actors including Lee Byung-hun, Kim Tae-hee and Jung Jun-ho star in “Iris” which has seen its ratings gain every week since its premiere in mid-October to stand at nearly 30 percent.