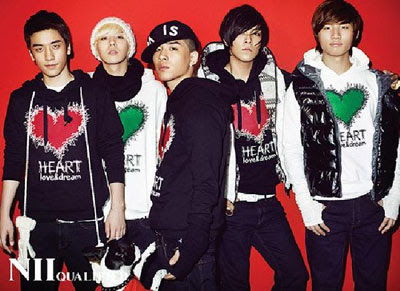 Big Bang who participated in the IRIS drama OST with the song “Hallelujah” was unveiled for the first time when it was aired in Episode 6 of IRIS on Oct. 29th.

The song made a surprise opening to the public during the appearance of TOP in the club scene of the drama, unlike a typical drama OST. The song which is sang by G-Dragon, Taeyang and TOP suited the overall situation of the drama as it well represented the power of drama and the charisma.

Viewers who were surprised by the sudden appearance of the song, have hot reaction the next morning after the broadcast with comments such as “it goes very well with the drama”, “I can feel the charm of Big Bang in this new song”.

“Hallelujah” which will frequently be introduced in the future during the drama broadcast is set to be released around next week to the public via on-line in digital single format.