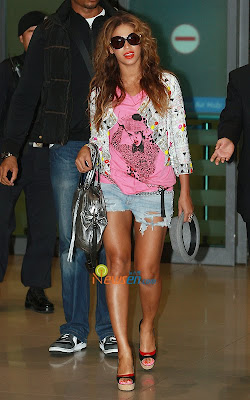 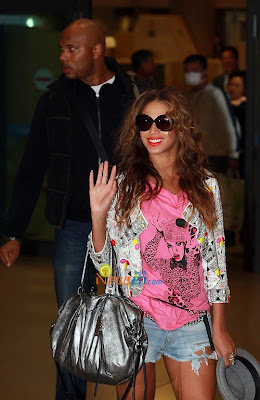 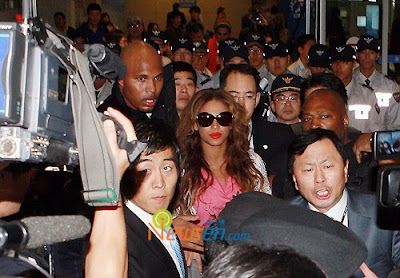 The diva looked fluorescent hot arriving late last night at Inchon International Airport. After quickly waving to the fans waiting for her arrival, Beyonce made her way over the W hotel. The singer was originally set to arrive from Japan earlier today but had delay her arrival due to exhaustion from her four concert dates in Japan. Beyonce will be performing her “I AM CONCERT TOUR IN SEOUL” at the Olympic Park on on the 20th and 21st.