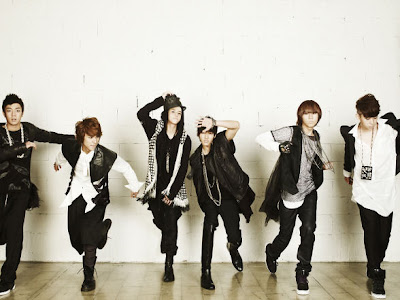 The 6 membered group Beast's members Jang Hyunseung and Yoon Doojoon gave their messages of thanks to 2PM and Big Bang.

Through an interview held on the 20th through Star News, they were able to express their thanks.

Yoon Doojoon stated "I've always kept in close contact with 2AM and 2PM. Even after my elimination, they've always treated me nicely."

"On the 18th's Inkigayo, I met Taecyeon and Wooyoung hyung. It felt so different. They told me not to be nervous and gave me encouragement."