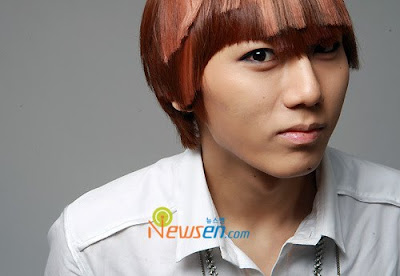 JangHyunSeung of BEAST expressed his expectations for activities together with BigBang members.

In his latest interview with NEWSEN, HyunSeung said "We (B2ST) and BigBang members will probably see each other at the same broadcast" and "It will be really fun if we (B2ST and BigBang) do have an overlaping activity."

JangHyunSeung appeared on BigBang's reality show before they about to debut in the music industry. But after HyunSeung got eliminated from being a BigBang member, and the waiting time was harsh.

Meanwhile, HyunSeung met G-Dragon (Kwon JiYong, BigBang) on last October 18th SBS Inkigayo. Beast was doing their first stage and G-Dragon was doing his solo activity. The two also met separately after rehearsal but the story of the meeting has not been shared.

"Since BigBang debuted, I have not been in contact with them for 2-3 years. And that was the first time I met JiYong Hyung. He said 'From now on, 'we will be seing each other again oftenly in the future' and this makes me glad. We haven't seen each other for a long time so we were a little awkward and I was touched."

On the next SBS Inkigayo, BigBang's TaeYang will also make a solo comebac. Jang HyunSeung, just like with G-Dragon last time, will also meet TaeYang.

Since he was young, watching SeoTaiJi and Boys, and H.O.T makes HyunSeung wants to be an artist. A lot of Kids switches their dreams along the way, but for HyunSeung, "I have never thought of anything else beside being a singer."

"On the October 15th showcase, There was a lot of tension and I cannot sleep, maybe only 30minutes of sleep. maybe I would rate it 3 points out of 10? There were a lot of mistakes and shame. On the 16th 'Music Bank' was better than the showcase, i think. Being on a live Music program feels kinda weird. But I still think it was better."

"It seems like i was wearing a bag of sand on the stage" he said of the tension during the first time on stage. It's been so long since he first started practicing as a trainee. And now, with BEAST, JangHyunSeung has matured and ready.

cr: NEWSEN, BESTIZ (SOURCE), giggle.@b2strising (TRANS)
note: this interview is one of the 3 parts interview (DooJoon, HyunSeung and KiKwang) with Newsen.