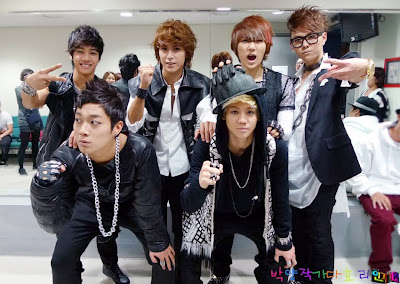 Group BEAST, who has met with a car accident, was seen looking fine and healthy during their appearance on SBS Inkigayo.

It was known that the group has met with a car accident on the afternoon of 24th October. The accident has occured after they ended their performance on MBC Music Core and was heading back to their training centre in ChungDamDong.

A company staff revealed on 25th, “It was a minor accident. The members did not get themselve injured. The boys went back to their training centre and did rehearsals for their performance on SBS Inkigayo.”


With that, the BEAST members have appeared on SBS Inkigayo today looking healthy and fine, and they delivered a more than ever powerful performance of their debut song ‘Bad Girl’.

A staff said, “This will not affect their promotions and schedule at all. Because it was not a major accident, there was no major worries about that.”