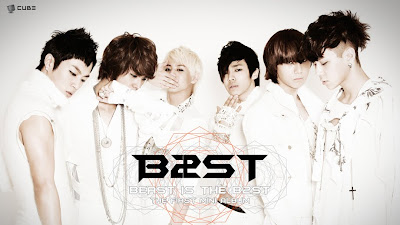 Sports Chosun recently did an interview with members of the hottest new male group, BEAST.

So let's cut to the chase and see what they had to say. 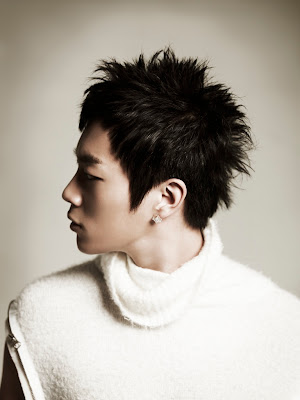 Q: You seem like a funny guy.
"Team members say I'm funny but really, my jokes are jokes meant for the members. It is not like it involves things I can't say in public but I just can't say them outside of our dorm."
(Members called him out and said "He says a lot of stuff that he wouldn't be able to say on TV" - in a very criticizing manner.)

Q: How is your real personality like (as opposed to your public image)?
"People say I'm a stereotypical blood type-A (note: people with the blood type A are said to be shy, quiet, careful and introvert) person. Not sure about that, but I'm really good at memorizing impressions of people. For example, I remember exactly that BEAST members met for the first time on October 1st 2007 and I even remember what they were wearing or what they said."

Q: You showed some impressive piano skills on the Showcase.
"I taught myself so I can't say I'm very good. When I used to go to singing classes there was a piano there, and I learned it by learning bits and pieces from many different people. I was able to play the song I played on Showcase only because I practiced that one song for a really long time."
(But his team members say that he is actually pretty good.) 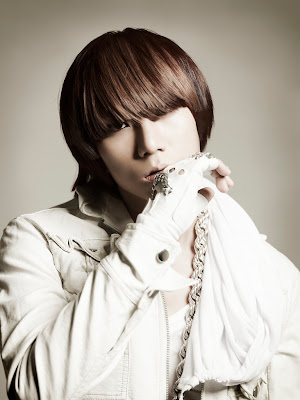 Q: How did you get your nickname?
"Has no meaning to it, to be honest. I called myself "Lan Seung" for jokes and someone started calling me "Lancho" and that stuck. I thought to myself, who the hell would call me that? But now the fans do, and I find that quite surprising."

Q: You look like a Japanese idol.
"People say that I look like Ryohei of W-inds. Probably the hair style, but not sure if we really do look alike."

Q: Fans say that you have the "eyes that melt my heart". Did you know?
"No, first time I've heard of that. Thanks for thinking as such."
(Doo Joon says "Must be because his eyes are big, clean and pure-looking like that of a deer.")

Q: You look like a very blunt person. What is your real personality like?
"When I'm quiet, I'm quiet. When I'm fooling around, I can cause a havoc. I'm not the type who leads anything though."
(Team members commented that Hyun Seung is the most interpersonal member of BEAST.) 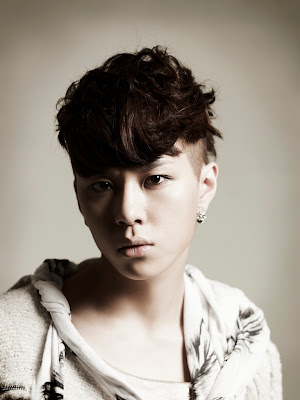 Q: Interesting haircut you got there.
"It was my idea. I first said that I wanted to have the sides of my hair cut short. After that, it felt empty there so I shaved in some random patterns. I even shaved in a mic but members say it looks more like a pig's nose or a lollipop. I shave in different stuff each week but the hair on the sides can only grow fast, so I alternate between each sides of my head and just cover the side I don't use with my top hair."

Q: How is your real personality like?
"Just like all our members, I'm fun and energetic. The thing is though, that I have this period before I become friends with somebody I've just met, a period of inspection. Some misunderstand me and think that I don't like them, but when I finish the inspection and become friends with that person I'm quite energetic around them."

Q:Doesn't your busy schedule wear you down?
"Can't tell if we're really busy yet. We're just happy each day because this was what we always wanted to do. I wish that we were busier."

Yang Yo Sup (1990.01.05) - Eating champion, and at the same time the mascot of the group who draws in all the Noona fans with his cuteness. 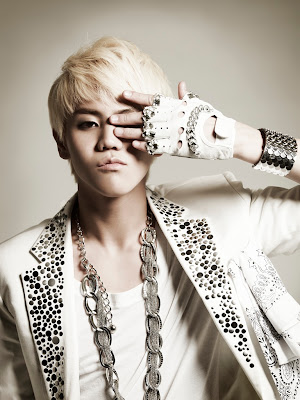 Q: Aren't you way to thin to be the eating champion?
"I'm called that because I eat a lot of pretty much everything. Little Dong Woon and I are late night snack buddies, so we always eat cookies or make some instant noodles late at night. I thought it was odd that I didn't gain any weight so I took medical test on the 3rd and apparently I'm underweight. Must be the lack of sleep and sweating."

Q: You're the mascot of the cute apparently. How is your real personality like?
"Aww, thank you. I prefer this image of cuteness as well. Its not like I'm sexy or have nice abs so I think its more fitting for me to be the cute one."
(Joon Hyung says "He is the same as what you see on the TV, always filled with fun.")

Q: Do you sometimes go on fan sites of you guys?
"All the time. Those places are our playground. I fight with Doo Joon sometimes because of our fan sites." 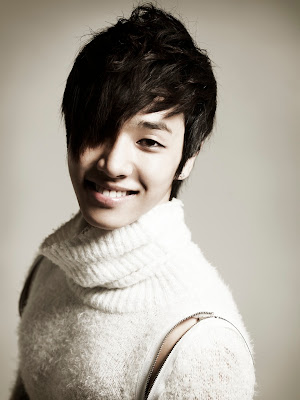 Q: How did you get the nickname "Kwang Kwang"?
"Had it since I was a trainee at JYP, no real meaning attached though. Mostly because I have Kwang in my name I guess."

Q: Isn't it hard to sing for BEAST and act on Highkick through the roof at the same time? You're a high school student in love with Hwang Jung Eum in the show, but have you ever dated someone older than you in real life?
"I wanted to try acting as well and I have been taking lessons, and I'm glad that I was given the opportunity to be on Highkick. My body is tired but I wanted to do it so I'm kept happy. I'll try harder for all our viewers. Also, I've not had that many girlfriends but yeah, haven't dated someone older yet. Kind of curious about what it would be like though."

Q: Yoon Shi Yoon from the show says that you're full of charms. How is your real personality?
"Lots of charm, lots of fun, I think."

Q: Don't people say that your smile reminds them of Yoo Seung Ho?
"Really? I thank anyone who thinks that way." 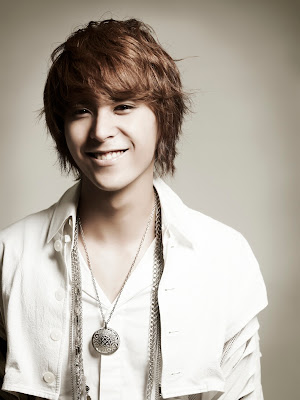 Q: They say you're bold and extravagant.
"Don't think so. I'm called that because they couldn't find a real nickname for me."
(BUT the team members would like to disagree.)

Q: Heard you're good at Chinese.
"Wanted to go to the university with Chinese scholarship, so I took lessons and studied by myself as well. There are some Chinese trainees in the company and I can speak fairly well with them."

Q: Aren't you quiet.
"I'm losing chances to talk, I want to be funny but my face and my tone are quite serious so that image stuck on me. I am however looking an year or two ahead so I think I have a lot of time to show my funny side in future."

I think we learned a lot about BEAST today.