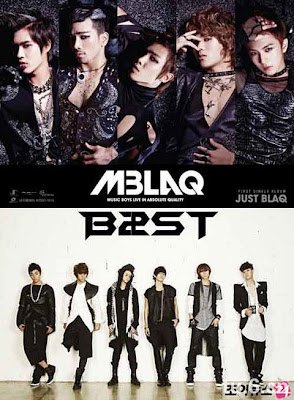 Around the time of BEAST’s debut, boy idol groups started returning to the music industry, and the competition began. They have an especially interesting competition with their fated rivals who debuted on the same day, MBLAQ.

BEAST said, “MBLAQ is extremely cool. The members are close and don’t seem like strangers; they’re supporting one another. We feel like the two groups are having a synergistic effect, so even we are thankful for MBLAQ’s debut.”

But the subtle competition cannot be completely ignored. When asked what set them apart from other idol groups, BEAST replied that if nothing else, their passion* for music will never be overshadowed.