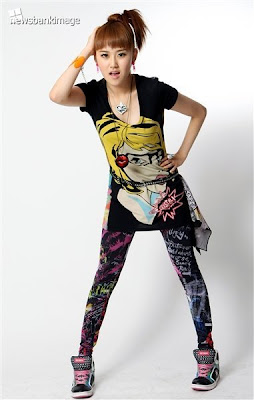 4-Minute GaYoon, together with Cube Entertainment's trainee, Han YeJi, participated in the OST of MBC drama 'The Woman Who Still Wants to Marry'. The song is titled "One Two Three."

In case you don't know, Han EJi has appeared in the '2010 Cube Entertainment Showcase' together with 4Minute, BEAST, Mario, and other Cube artists and trainees earlier in January.

One Two Three is an upbeat which makes you move to the rhythm, for sure ;p