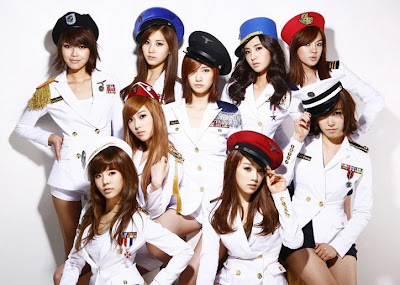 In case you did not know, The original melody for “Genie” was composed by European composers, Dsign Music. However, SM composer, Yoo Young-jin, created an additional melody, rearranged and also wrote the lyrics himself to make the song his own.

And not long ago after Genie was revealed last year, an Uzbekistan singer named Dineyra sang this song too with the title Ruqsga Tushgin. From the looks of it, the track was somehow leaked during the process of the composer sending Universal Music the song.

Few days ago, there was another version of GENIE again. Sony Music Entertainment's singer, Natalie Makoma sang this song with I JUST WANNA DANCE as the title of the song.
Let's listen it below!

Just for informing you, this original song was sold legally to any music entertainment (for example, SM Entertainment and Sony Music Entertainment). So all of those versions are LEGAL.

thanks to doni for the tips

And I think the song is very catchy, so.. Which one do you like the most??