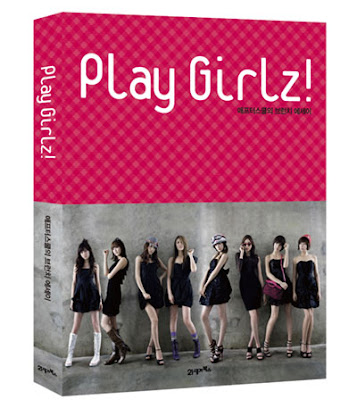 According to their agency on the 17th, After School's self written book entitled "Play Girlz" was published on the 28th of May.

This is rather rare for a Girl Group to engage in. The book is filled with self written essays and stories from each of the members.

After School's book offers something that you cannot see on television, it will reveal the different side of the members of After School, that will show essay's about the challenges they had went through, their efforts to achieve their dream and also a better way to get to know the members.

With a total of 8 members, the book will show Passion, Challenge, Love, Dreams, Frustrations and many more, they used these key ingredients to write something from the heard, also it will showing the members own intimate stories with a lot of emotion.

It will reveal about their pre debut days, their ordinary life and also their public appearances as well as about their fans, it will be open to all ages and also for the fans to be closer to the members of after School.

Their agency said that it was a tough process but with the members took inspiration from the keywords in order to write this book, it is like a face to face interview when the readers will read the book. The members wrote everything in the book themselves and even did the illustrations and it will be entertaining to read as well.

"Play Girls" took two weeks from May 14 to 28 to publish and it will be released on major online bookstores.

After School will be having a launch party with the fans and media on it's release by June and also will be holding a brunch along with a charity event that will help raise money and sponsor donations to help the hungry children and children foundations.