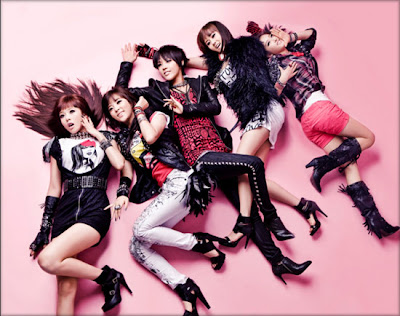 Why would anyone wanna criticise 4minute for their new, cheerful teaser earlier released for "What A Girl Wants"? Find out under the cut!

Well, it's all because of the lack of creativity 4minute is showing in their newly released teaser. Netizens have pointed out that their outfits look very similar to After School's outfits during the promotion of After School's debut single, "AH." They also said it shows similarity to the beginning of the Girls Generation video for "Genie." You might not agree with these accusations, but it's a bit hard to deny that they don't look like they're copying (or inspired) by the Wonder Girls' "retro style," a bit as well, with them using retro-styled microphones and hairstyles.

Netizens have said things such as "What is this? Does their company have any creativity?" and "They are just bad copy-cats." One even pointed out and stated, "Are they trying to copy rookies JQT by being punk, too?!"

What do you think? Maybe 4minute/Cube is just inspired by these other girl groups.