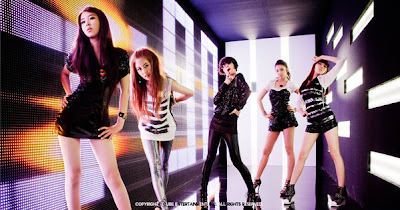 Korean pop group 4minute has collaborated with U.S. R&B singer Amerie on a song titled "Heard 'em All" from her latest album.

Play Cube Entertainment announced the two artists recently finished recording the single to be featured in the special Korean edition of Amerie's album "In Love & War."

The American singer will visit Korea in March to promote the record due out on February 23.

Amerie, whose mother is Korean, is also a songwriter and producer who made her debut in 2002 with her first album "All I Have".

4minute appeared on the music scene with their first mini-album "Hot Issue" in 2009. The five-member girl group has since released their second mini-album "For Muzik" and member Hyun-A recently released a solo album.