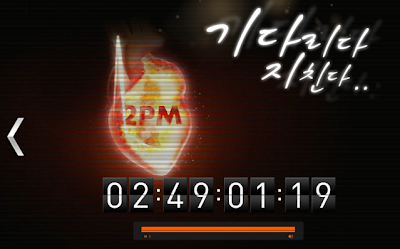 
After so much controversy and scandal over 2pm, JYP finally released the song teaser from 2pm's full album which was much delayed because of Jaebeom's controversies and boycotts by fans here and there. Its nice to hear their voices after being on break and uncertain status for months.

The song is a soft ballad, RnB style, but very catchy with piano and orchestra background, sure is a pleasure to hear something from 2pm! minus Jaebeom that is. I can hear wooyoung in the teaser, and... i cant really tell anymore.