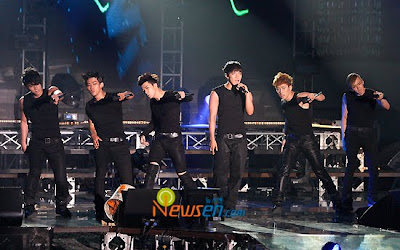 2PM will be having a concert this August!

2PM this coming July 31 and August 1 at the Seoul Olympic Stadium and another round of concerts at August 7 and 8th at Busan BEXCO.

This concert will be 2pm's first solo concert since their debut in 2008 and JYP Entertainment has announced that 2pm will be making their solo concerts this year by August.

2PM had already a total of three albums with their debut album in 2008 "Hottest time of the day".

Meanwhile, before their upcoming concert. 2pm is going to be guest performers starting June 4 at Wonder Girls american tour and will be touring along with the Wonder Girls as the month will progress.