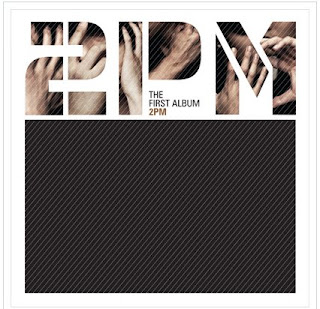 The 6 member 2PM without their leader Park Jaebum, has officially started their activities.
On the 3rd, they have opened the teaser site and revealed the song 'Tired of Waiting' through online music sites.
By the 4th, the song had reached #1 in various online music charts. The plan of JYPE is that they will release the album mid November and is starting promotion activities. The 2PM teaser site countdown has restarted and will end on the 5th.

Even with the fans' resistance to 2PM without Jaebum, the album promotion is going fairly successfully. However, there are many unsolved problems as well.

When will Jaebum return?

Many music industry professionals and officials are putting their opinion towards the return of Jaebum. It is because most of the controversy and misunderstandings about the anti-Korea issue had been solved and most importantly, the 2pm fans were vocal about Jaebum's return. However, assuming Jaebum's return, it would be difficult for the official activities of the 6 member 2PM to get out of the crippled state.

Ironically, if the activities of the 6 member 2PM are successful, the return of Jaebum would become more difficult. This is because if Jaebum's absence continues and becomes stabilized, the general public will forget the presence of Jaebum or it will deepen the anger amongst the fans. In other words, they must push for the return at the appropriate time.

Currently, when asked about Jaebum's return, JYP expressed, "Nothing is certain yet. Currently, we are starting the official activities of the 6 members."

2PM members, what would they say about Jaebum?

Usually when singers release albums and start their official activities, they participate in various interviews, music programs, and make guest appearances in variety programs. It is predicted that if such opportunities are provided for 2pm members, they will be able to make official references to the Jaebum situation.

Currently, JYP has expressed that "We are still careful about organizing various interviews or schedules for the members." There is no way of knowing how 2pm, who had been loved for their honesty, will express their true thoughts. If the thoughts and feelings that had been indirectly expressed through their cyworlds are mentioned officially through the media, the reaction of the fans can flow in unexpected directions.

As 2PM had risen to the peak of their fame through 'Again and Again' and 'I Hate you', many advertisers were requesting to use 2pm as its ad model. 2PM's honest and manly image which was very different from other idol groups, brought about love calls from a large number of advertising companies.

However, from the perspective of the advertisers, the issue is whether to use the current 6 members as the models. This is due to the boycott of the 6 member 2pm from the fans that may in turn affect the product that the '6 member 2pm' is advertising.

About this one advertisment official stated, " Until now, despite the twists and turns, it is obvious that 2PM is still an attractive target to advertisers, " he added that "as the situation of 2PM's member configuration is still flexible, the details of the model contract terms and promotional direction will continue to consider the different variables."