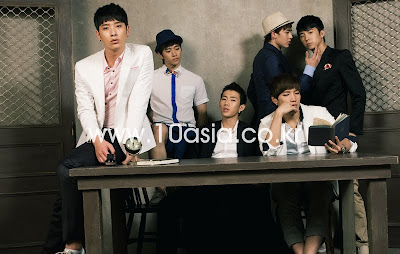 2PM Fanpage Underground for fans over 20, has started the 2nd round of donations through the Naver Happy Bean on the 24th and 25th to the 'Children's Foundation', by donating books and doing community service.

In the Naver Happy Bean bank called 'People waiting for 2PM Leadja Park Jaebum,' fans have collected over $8500, and this was donated to the 'Children's foundation' to be used to support the children's study room and book collection.

An anonymous publishing company expressed their desire to participate and donated 300 books which was then distributed to 19 different welfare facilities under the name 'Underground.' International fans have also participated in the good works by donating $1500. The fan site 2oneday (http://www.2oneday.com) based in N. America, sent $1500, which was then donated to InKAS (International Korean Adoptee Service) and will also be used to purchase books for international adoptees.

Also, members of 'Underground' have proceeded with offline community service by visiting the 'Children's Foundation' welfare center in the mountains on the 25th. This is the second time they have visited after their first visit in September along with their donation to the 'Foundation for undernourished children'.

Furthermore, on October 10th, when Dream Concert was held, they have raised around $7650 by organizing a bazaar through the 'Beautiful Store'. During this bazaar, 30% of the profits made ($2550) was donated to a 5th grader at an orphanage.

'Underground' has been proceeding with the series of good works apart from Jaebum's withdrawal issue. This was not meant to be a one time thing, as their intention was to share with those in need, provide service, and they will continue doing good works through donations
and community service.