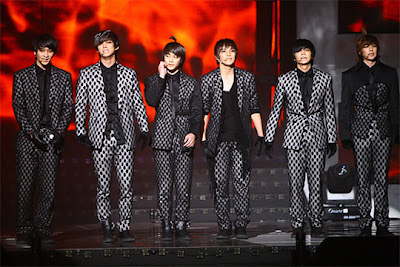 Brand consulting major 'Brand 38 Research' surveyed celebrities using SMBI 'Star Marketing Brand Index' and revealed that the majority of the stars weren't worth what they were actually worth.

The same company previously released a survey that revealed 2PM, Yoo Jaesuk, SNSD, and Kim Yeona to be the most favorable stars for TV advertisement in the beginning half of the year.

However, SMBI results proved to be vastly different. 2PM's Anycall Corby ranked at #39, Yoo Jaesuk's Shinhan Financing ranked at #37, SNSD's Chicken at #21, and Kim Yeona's Hauzen air conditioners at #19. For what their names seemed to be worth, the effects of their marketing proved to be much less.

The problem lies in over production. 2PM consists of six members while SNSD consists of nine. All of the members participate together in the CFs, which causes the model's image to lose focus and instead spread out, which then leads to the attention the product is given to be dropped.

The results for SNSD is quite interesting. With many more members than 2PM, they should have ranked lower on the SMBI chart but they managed to come in at #23 while 2PM fell to #39.

Basically, 2PM is an empty bubble. With the Jaebum controversy, they were swept with popularity on various broadcasts but their realistic popularity or level of interest was vastly exaggerated and blown up, much like a balloon.

Their agency claimed it as their 'prime season' and blindly took up every single advertisement deal that came their way. They may have been able to maximize their profit but their scarcity value was dropped, which then conclusively cut the life span of 2PM.

May be taken out with full credits. You are not allowed add yourself to the credits nor edit the credits.
CREDITS : TV DAILY (SOURCE); hazyfiasco@2ONEDAY.COM (TRANS)
Tags: 2pm, News
Share
Previous articleNext article