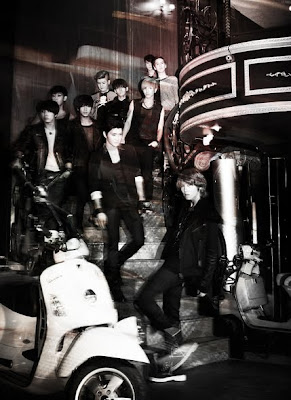 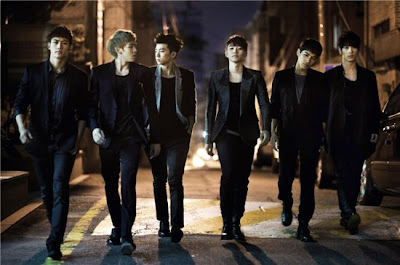 2PM claimed their second consecutive Mutizen award on SBS’ Sunday music program “Inkigayo” with their single “Without U” while giving out the top spot on KBS’ Friday live show “Music Bank” to Super Junior who recently made a comeback with a new song titled “BONAMANA”.

The groups were up against other singers such as Rain, Davichi and Gummy on both shows.

For their performance on Inkigayo, six-man band 2PM was one member short due to their main vocalist Junsu recovering from a knee injury.

They have been enjoying a successful comeback to the local music scene however, with the song from their latest album "Don't Stop Can't Stop" which has topped cable music channel Mnet's "M! CountDown" for three weeks straight and "Music Bank" for two weeks in a row.

Super Junior, back with their fourth album "BONAMANA" released May 13, sold over one hundred thousand copies of the new record in just eight days of its release.