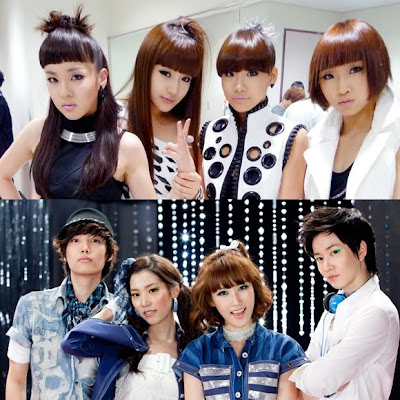 The new group B2Y has become a part of a new phenomenon called ‘Age-Difference groups.’

Recently among popular idol groups the members have a huge age difference, creating a new category called ‘age-difference groups’ for ones like them.

Gradually, there was even word saying, ‘In order for a group to succeed, the average age difference between members needs to be 5 years.’

In the 1990s, Wild Chrysanthemum’s Choi SungWon, who took the role of music director, and Yang Byung Jib produced a group called ’16 year difference’ in which members at the time Kim Yong Duk and Kim Yong Soo, two brothers, really had a 16 year age difference.

Unlike the past in which teams were created with members of the same age, the reason there are so many ‘age difference groups’ recently is because the age of debuting singers is getting younger, and the preparation and trainee time for them vary and are long, so age became very diverse among them.

There is also the tactics of these companies in which they create a group with very young members, and place an older one as leader.

Employees in these entertainment companies say that these ‘age difference groups’ have many positive results. Members are able to work together better due to the hierarchy in the group, and they are able to attract fans of a larger scale of age groups.