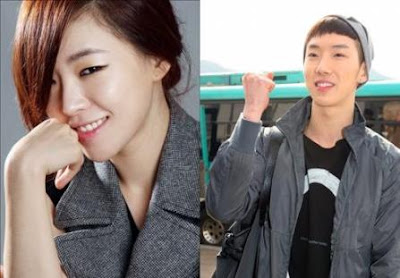 2Am’s JoKwon surprisingly confessed that, “I’ve never dated before” on MBC’s “We Got Married.”

On “We Got Married” BEG’s Gain and have JoKwon have been cast as a make-believe married couple. In the last episode, during the testimonial about being a make-believe husband to Gain, he said, “Because I was waiting to be with Gain noona, I never dated.” This was very eye-catching.

Meanwhile, the two are two years apart in age and are an older woman/younger man couple. They began their marriage by aggressive quarreling. (Koreans often say that love quarreling begins some relationships.) JoKwon, age 21, was not acting like a young husband but very much like a mother-in-law who nagged and taught her how to do housework. This shocked Gain.

In addition, Gain and JoKwon, despite it being make-believe, sang improptu in harmony showing the true colors of the Singer/musician couple.

The full story on JoKwon and Gain’s newlywed first night will be broadcast October 24 at 5:15 p.m.