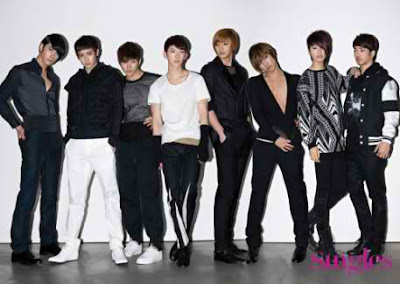 According to Mnet on 16th February, the 8 members will grouped in groups of 3~4 members to MC M!Countdown set to air every Thursday from 18th February. This is different than the usual arrangement of 1~2 fixed MCs on shows.

The CP said, “The 8 members are some of the representative HOT star icon representatives of Korea. They are chosen as MCs as we felt that they will be able to relay Korea’s music and trends as the advocates of our global music show.”

“M!Countdown will bring unique and experiental performances on its shows every week. And hence the MCs of the show also play an important part to that. So we have chose MCs who will match the concept of performances to MC for that episode.”

Meanwhile, the 8 members have been given the name of MCD Guyz.

May be taken out with full credits. You are not allowed add yourself to the credits nor edit the credits.
CREDITS : MAEIL NEWS (SOURCE) ; hazyfiasco@2ONEDAY.COM (TRANS)