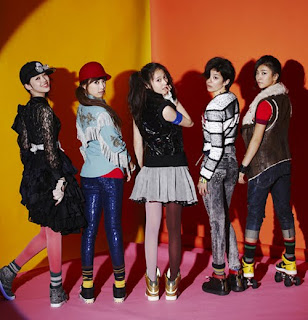 Hot Topic Rookie Group f(x) will reveal their title song 'Chu~♡' through music portal sites on the 4th, prior to the release of their first single album on the 9th.

The title song of the single, Chu~♡, is a Euro Pop Dance song which was made with the famous trendy feel which is popular in Europe, along with the drum sounds which are mainly used in African music.

In the lyrics, ‘Chu~♡' is an onomatopoeic representation of the word that expresses the sound. The lyrics is set in a fairy-tale motif and it is about the main character waking up from sleep with a kiss, and through the kiss the main character, filled with curiosity, wants to go out into the world. With the repetitive pronunciation of ‘Chu’, you can feel the exquisite toxicity.