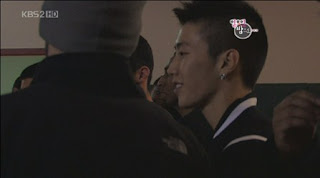 A month after the '2PM Jaebum situation', the new program 'Into Sunday Night' is raising controversy on the issue of invasion of privacy.

One viewer stated, "I was watching the program with my parents but changed the channel. Anyone can see that they were just trying to get high viewer ratings for the first episode. He was trying to heal his wounds after leaving Korea and you go and push your cameras into his family's faces...How can Jaebum go around comfortably now?"

Another viewer stated, "Exposing his house, and trying to get an interview from his family who clearly did not want to... It was a sneaky way to film."

Although 'Into Sunday Night' was designed to be an ambitious new program taking controversial issues and the current atmosphere of society and looking at it from a new perspective, after the airing of the first episode, it was hit by a wave of criticism and engulfed in controversy.