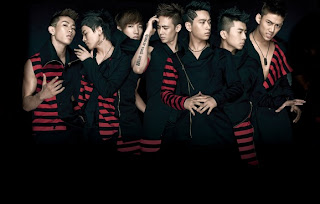 2PM is to release their new album mid November of this year.

The 6 member 2PM who have performed in the 'Dream Concert' has almost finished recording their new album.
They are working to finishing their album and releasing it mid November.

This album was supposed to be released mid October, but because of the controversy surrounding Park Jaebum and his sudden resignation, it has been delayed.

However, currently the 2PM fans are demanding Park Jaebum's return, and boycotting the 6 member 2PM , so
there are speculations that 2PM and the JYPE will have a lot of pressure for this album.