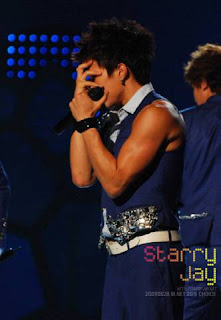 After leaving group 2PM, Park Jaebum has finally revealed his feelings on air.

On a variety program through KBS 2TV 'Sunday Night' airing on the 25th, footage will air of Jaebum's life in Seattle.

The show will be MC'd by Nam Heesuk. The producers have stated "We are meeting Jaebum for the first time after he left for Seattle. He avoided our interview but has finally come through at the end for a short video message and has sent it to us himself."

In the video, Jaebum states "I am rethinking my actions and behavior and am working out a way to learn from them. I have nothing else to say. I think time must pass before I can say anything