NC. A, rookie idol that just debuted with “My Student Teacher” finally revealed her face!

On August 16th, a couple of cuts of NC.A were revealed, showing NC.A’s cute, innocent and pretty looks. The public was surprised to see NC.A’s youthful and cute image due to her strong and powerful vocals. 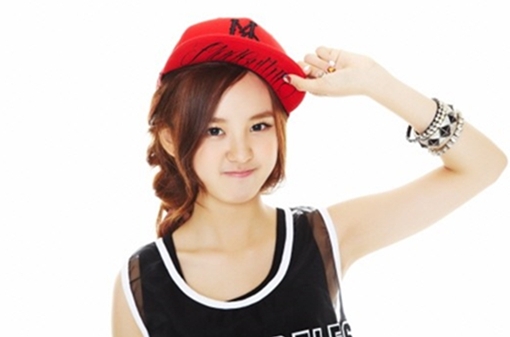 NC.A debuted with “My Student Teacher” on August 12th and received a lot of attention for her music video, which starred celebrities such as actor Jung Man Shik, Seo Ji Suk and Girl’s Day‘s Hyeri. The MV is a cute love song about a high school girl having a crush on a student teacher.

Netizens who finally caught a glimpse of NC.A commented, “I thought she would look more like Jung Man Shik but this is such a shock,” “Why didn’t she reveal her face before? Very pretty,” “She may be the next Nation’s Little Sister,” “That face with that husky voice? I’m very excited,”