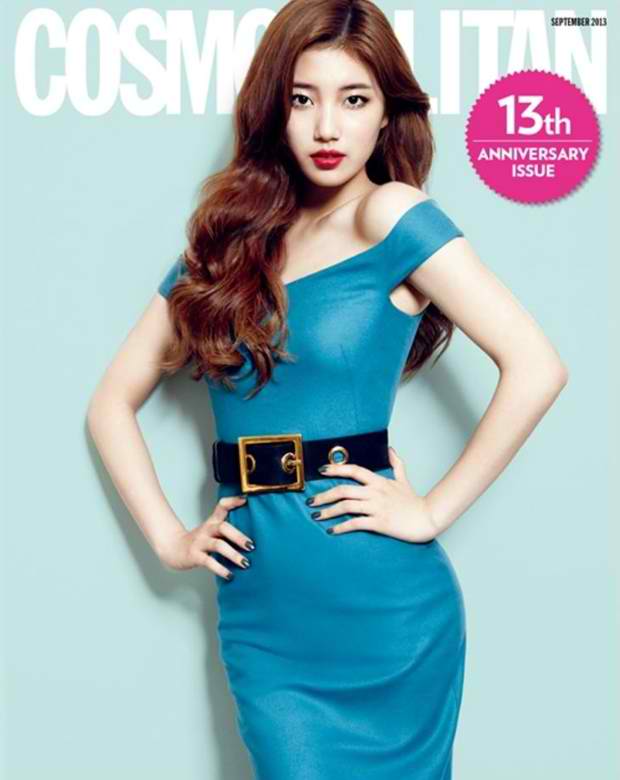 miss A‘s Suzy did a ‘Cosmopolitan’ cover again.
‘Cosmopolitan' will be celebrating their 13th anniversary and they chose to grace the cover for them is none other than the gorgeous miss A's Suzy.
However,instead of her usual cute and innocent side, she showed off her more mature and more feminine side. She wore a tight blue that flaunted her curves and flawless body.
Cosmopolitan's 13th anniversary issue is set to release in September.
written by: loveluytakyo@dkpopnews.net
SOURCE: Daum
Tags: Cosmopolitan, Miss a‘s suzy
Share
Previous articleNext article