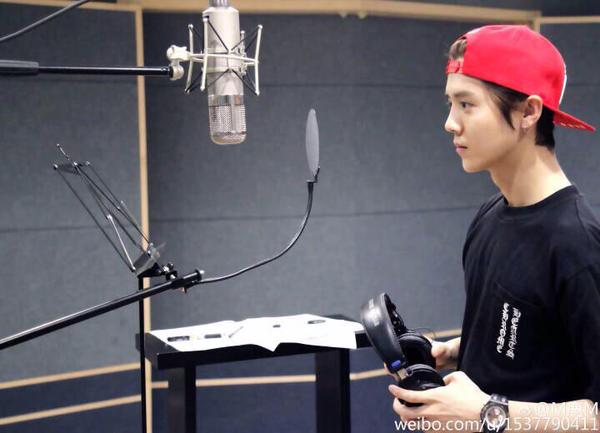 Luhan is perhaps the next in the to Tao as he reveals that he's in the midst of preparation for his upcoming single album.

Today, Luhan updates his weibo with a photo of himself at a recording studio along with the caption, "Recording for new album has started, a bit nervous and uneasy. A bit tiring but a lot of excitement, see you on stage!"

In an interview, Luhan reveals that there's be a lot of dancing on his album so expect his performance once the album is released in September. Are you excited for his album?