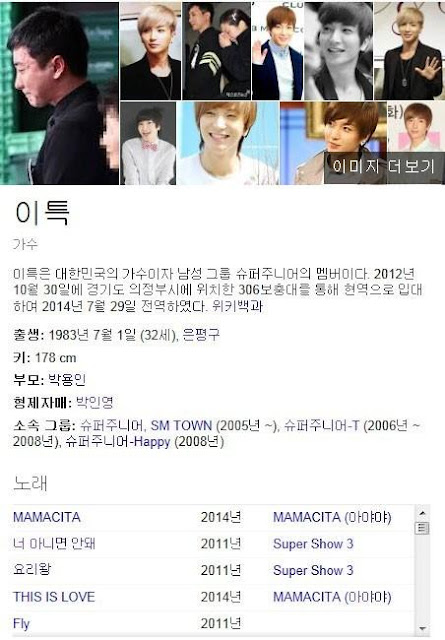 Super Junior leader Leeteuk vents his frustration over the insensitive use of his mourning photo as his Google profile image.

"..Google is really too much.. I kept on tolerating this over and over again for such a long time and requested to change it, then they put this.. do you think it's good to display someone else's pain like this??.. is this even different from before? I even captured the old one. I wonder how to stop the cruelty of portal site."

He adds, "..I want to know if Idid something wrong.. what are they thinking putting one such profile photo on a portal site like that? I want to ask.. Have I done something wrong to you?.."

Leeteuk is obviously talking about how Google chose to use a photo of himself crying as he mourned during the funeral of his grandparents and father when he was still serving military. It's indeed questionable that out of all his photos, Google uses this instead.
Tags: Leeteuk, News, Super junior
Share
Previous articleNext article