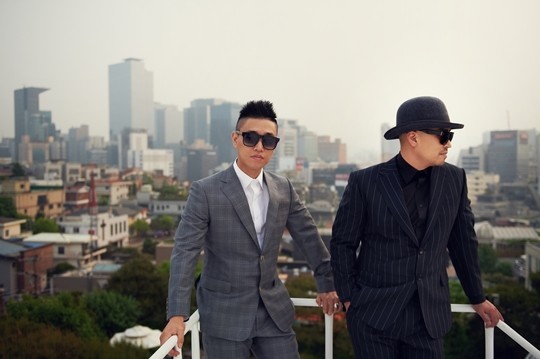 Leessang has dominated all the music charts with their latest single 'Kaleidoscope'.

Leessang released 'Kaleidoscope' at midnight on July 15th, and as of 7AM KST on the same day, the single has rised to the top on all 7 major real-time music charts including MelOn, Naver Music, Mnet, Bugs, Soribada, Olleh, Genie and Monkey3.

Composed by Gil and written by Gary, 'Kaleidoscope' draws a dreamy yet mysterious atmosphere, and is completed with Gil's soulful voice, Mi-Woo's charming vocal and Gary's unique rap.

Eventhough this is their first release in 3 years, the duo has no plans to promote the song on broadcast.

Check out for the beautiful song below