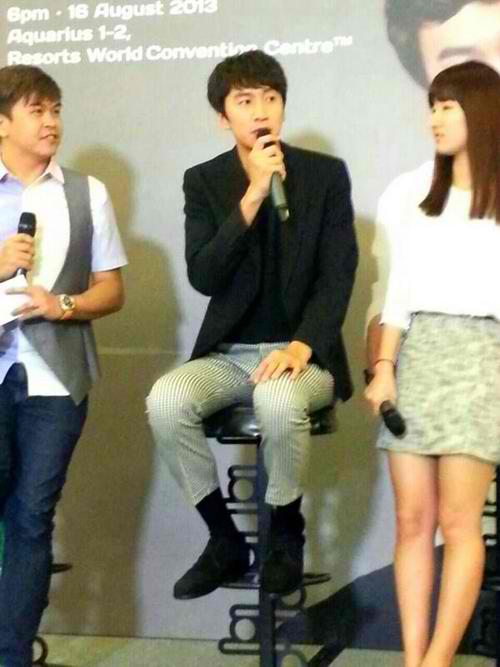 Lee Kwang Soo has never done solo event in any country. However, he recently held his first ever fan meeting in his entertainment career in Singapore last August 17. 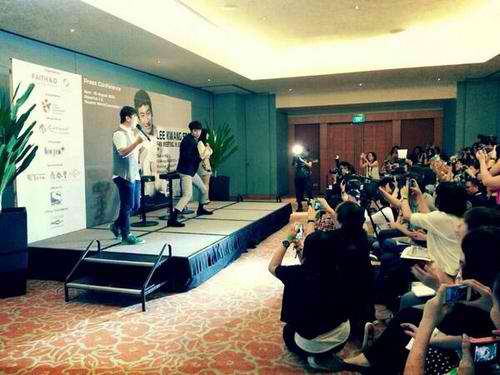 On August 16, Kwang Soo had his press conference first and he answered lots of questions. Some are listed below:
How old does he want to marry?
-He said that he is always shy when it comes to questions about his love life. He never thought much about it, but it will surely be after Jong Kook!
What had he done in Singapore so far?
-He had some good rest, had awesome food and took a look at Universal Studios.
Any food that he ate specially during childhood to grow so tall:
-He said jokingly that he drank a lot of milk and will continue his love for it.
Regarding joining Running Man fan meeting in Malaysia:
-If his schedule will allow, he would love to join.
His desire for getting an award for his acting:
-He humbly said that it would be good if he would receive one. However, he is not eyeing for it.
Memorable Running Man Episodes:
-Kingdom of Animals episode was memorable because he was the solo winner, and even won over Jong Kook!
Kwang Soo also updated his LINE with a 45-second video.