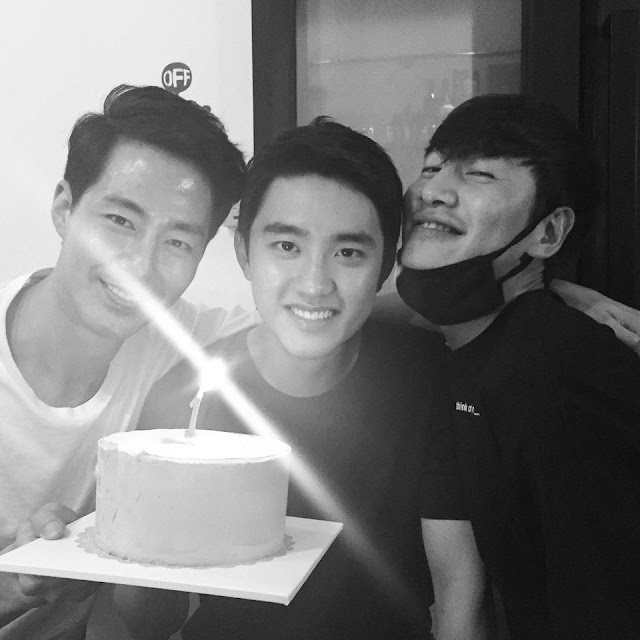 Former co-actors of "It's OK It's Love' and now close friends Lee Kwangsoo, actor Jo InSung, and EXO's D.O  recently met with each other and reunited after some time.

Kwangsoo shares the photos on his instagram to celebrate the anniversary of their starring drama which first episode aired on July 23 last year. In the photo, the three handsome men are very bright as D.O holds a cake in between. The three are showing heartwarming friendship.

They must be treasuring the drama so much as it's the venue where the three tighten their friendship.
Friendship goals?
Tags: D.o, Exo, It's okey it's love, Jo in sung, Lee kwang soo, Picture
Share
Previous articleNext article