The 5-member girl group which comprises of new members, JooA and Hana together with Tasha, Ferlyn and Jenny, entered the room with bright smiles on their faces for the media that attended the press conference held in Korea Plaza at 4.30 pm. SKARF kicked off the press conference with their usual greeting with their hand gestures imitating a scarf. 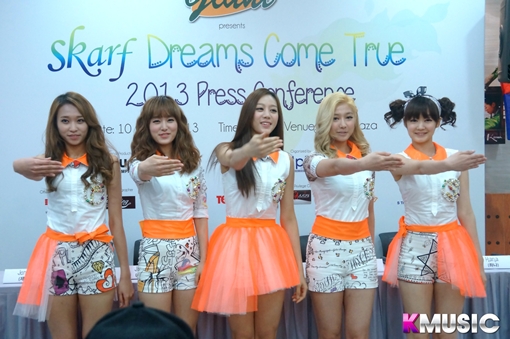 Hana was asked to show her aegyo and although she was shy at first, she managed to show the attendees at the press conference her three different aegyo poses. Cameras were clicking away as she showed them her adorable poses. Ferlyn was asked to pose charismatically as she is in charge of charisma but she giggled as it was too embarrassing for her. JooA showed her cute, but sexy, charm which was loved by the media as cameras were just flashing away. 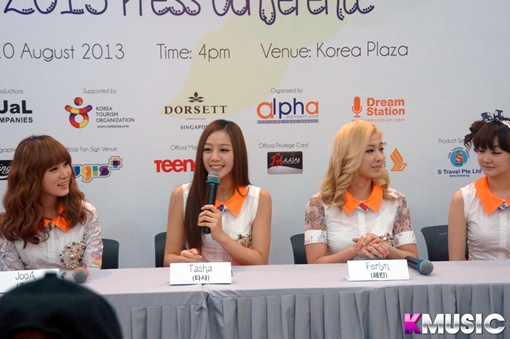 SKARF was asked how they will be celebrating their first anniversary and Ferlyn replied that she hadn’t realize it was their anniversary and told the press that they do not have a special celebration prepared as they will be busy with preparations for an upcoming promotion of their recent album, ‘Luv Virus.’

The group was asked to describe their recent album titled ‘Luv Virus.’ Tasha replied that SKARF decided to go with a mature approach with their song this time with 5 different genres and their title song highlights the efforts that girls make when going for a date. 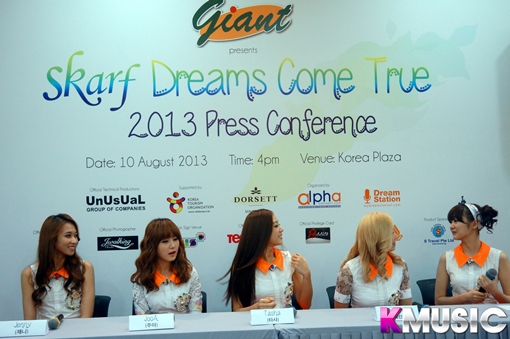 The press were curious about the next step for SKARF and according to Ferlyn, they are going to promote their upcoming song ‘Anymore‘ and she hinted that there is a special dance choreography and told fans to stay tuned for more.

The group was asked if there were any friendly competition within the group and Ferlyn commented, “Instead of being each other’s competitors, we are each other’s teachers.”

Even though SKARF is a new girl group in the industry, the hardworking girls are looking to star in dramas, sitcoms, musicals and JooA even expressed her hope and interest to work with Gangnam star, PSY. 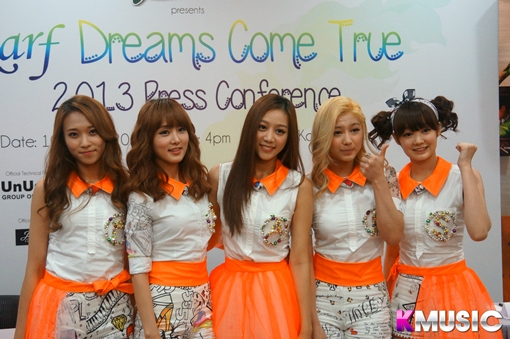 SKARF had a fan signing event which was held about 2 hours after the press conference at the mall, Bugis+.

SKARF’s first official showcase will be held on 11th August 2013 at the Kallang theatre and fans will be treated to a showcase of their recently released album, ‘Luv Virus,’ as well as a myriad of performances from their first two mini-albums.

Special thanks and mention to Alpha Entertainment and Dream Station for the invitation!