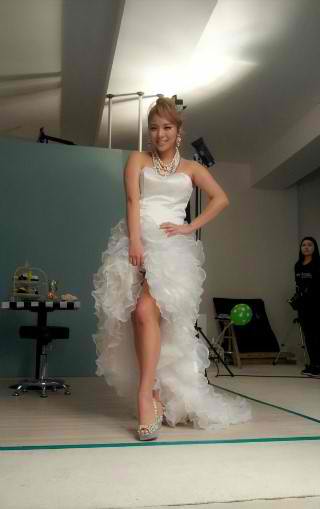 Ailee took a photo of herself wearing a beautiful wedding dress from Provia Sposa, a Korean wedding dress company.
Ailee just sponsors that wedding dress for the company, and doesn't mean an upcoming wedding bells for her.  But who knows, right?
Meanwhile, Ailee will record BS11 韓Love on August 19 which will mark her first appearance on Japanese TV. It was announced earlier this month that she will be making her Japanese debut with "Heaven" in September under Warner Music Japan.