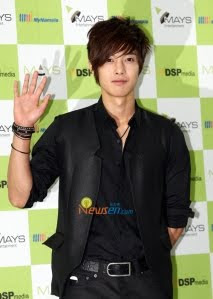 SS501 leader Hyunjoong now gets his turn to be featured in MBC Everyone-The Star Secret show.

The show will talk about Kim Hyunjoong role in the popular drama Boys over Flowers as it is his 1st acting attempt and revealed the public’s sentiment towards Hyunjoong’s acting skills since they thought he’s just another pretty boy who can’t act.Viewer will also gets to see 1st and exclusive footage from 2003 which shows Hyunjoong’s youth era when he was still a member of a band. 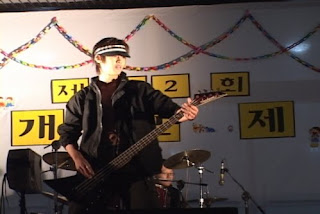 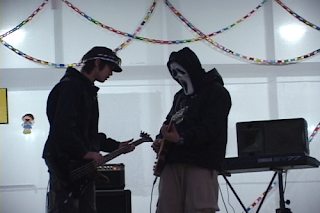 Kim Hyunjoong together with his Church friend formed a band named ‘Akseoseu’ and Hyunjoong was the bassist. Various footage from his school events, rock festivals, music contest, etc will also be featured in this program. According to his sunbae (senior) from the band, on the age of 18, Hyunjoong was already a famous singer, known for his good looks, he also played drum well and that is when he gets the nickname ‘KalBak’

Park Sanghoon of MBC Everyone-The star Secret is revealed on how hard to slip into Hyunjoong’s busy schedule; he can only see or contact him in the early morning practice or in the midst of Hyunjoong’s overseas activities.

Whilst Kim Sehwang of group N.EX.T, “Hyunjoong’s guitar skill is very natural and dynamic. I can see that he’s very confident when he plays the instrument and that is why he plays it well. No doubt, this is one of his strenght.”

The show will also gives viewer the story from Hyunjoong’s casting scene, acting exercise and more hidden stories on Oct 31st,2009 at 12.00 am.