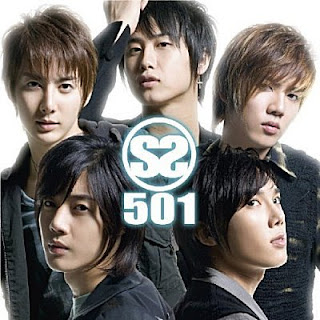 Hello. This is DSP Media.

Group SS501 who has received much love through mini album 'Rebirth' released last September with songs like "Love Like This", "Wasteland", "Only One Day" will be having their comeback in the music world soon with brand new album "DESTINATION".

After successfully wrapping up their Asia tour in the first half of the year, SS501 who took 3 months to prepare for their new album have been busily preparing for their comeback stages to perform with their new songs.

This album which has been ongoing as a 'world project' has had released some of its album jacket pictorials which had been the talk of everyone since the beginning it was released. With numerous Golden Discs holder from US, Steven Lee, who was also involved in the previous [Rebirth] album production participating in this time round's album, we could expect a universal album from Korea-Europe-US with the many world-acclaimed musicians' involvement.

All the songs in this album will be accompanied by piano background arrangement, and will minimize all possibilities of even more prevalence of the same electronic genre in the music scene as of present. The beautiful melody of musical instruments along with only SS501's pleasantly emotional voice will be seen in their upcoming new album as they return to the scene this end-month.

Especially in the mixing of songs, it was done by US Pop star Ne-yo and Rihanna's mix engineer producer Kevin KD Davis who's been accoladed with several Grammy awards, as well as another producer Ken Lewis who's had achieved more than 50 golden discs, thus increasing by another notch of this world acknowledged audio album.

Title song has been chosen as 'Love Ya', for which its producer is none another than Steven Lee, this song will be accompanied by harmonious orchestra band along with piano background arrangement, you could feel the powerful vocals of SS501 and their emotions injected into the impactful song praised to be lined up as a large-scaled performance. US singer John Legend and Kayne West's engineer producer Ken Lewis who's had received the Grammy Awards before has personally participated in the mixing of this song, thus yet again upgrading the quality and anticipation of this album by another notch.

The first track 'Let me be the one' is a full R&B song composed by Andre Mieux, Steven Lee and Sean Alexander who was also in charge of producing SS501's Love Like This, it is a song that's able to further flaunt SS501's matured vocals. Mixing is done by Kevin Davis who's produced many famous hits like Ne-yo's "So Sick", "Closer", "Because of you", as well as the current Number 1 on BIllboard Chart -- Rihanna's "Rude Boy".

In addition, hot dance track "Crazy 4 U" which was already revealed previously during their Persona Asia Tour and collated high popularity has also received invitations from fans to be included into this album this time since it failed to in its last album (Rebirth).

The final track of their album is a song titled "Until Forever", all productions for this song was done fully in England, in specific to be in Germany's Frankfurt, this is a strong and influential European powered pop track finished on a huge production
scale, where its lyrics were written by SS501 member Heo YoungSaeng himself personally, hence attracting attention.

Ss501's new album will be released on 27th May, and is scheduled to have their first comeback stage through 4th June's KBS2-TV Music Bank~

P.S) SS501 [Destination] Special Edition will begin its advanced pre-ordering through Yes24 on 24th May, 12:00 am, this shall be a possible chance for you to participate in their fansign session.

Concrete information to their fansign session will be revealed around 24th May morning!!