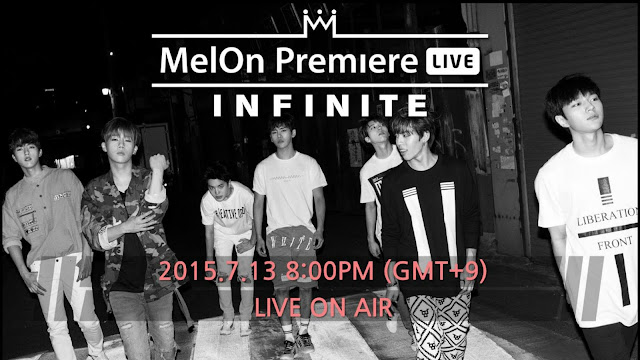 INFINITE will be performing live on 'MelOn Premiere Showcase.'

On July 10th, a video teaser was released revealing that INFINITE is going to perform live on the shown on July 13th at 8PM KST.

Meanwhile, INFINITE will be coming back with their 5th mini album titled 'Reality' with 'Bad' as its title track, which MV will be released on July 13th as well.