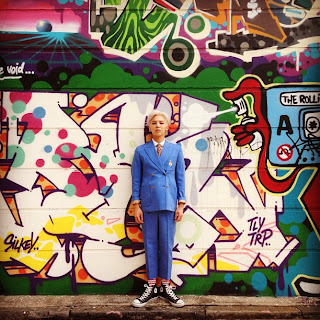 On August 7, G-Dragon departed for London to film his new MV. On August 10, he confirmed it as he himself released a teaser photo through his instagram account.

He wrote, "This is a teaser". In the photo, in his usual unique style, he is wearing a blue suit and chucks. He is standing stiffly in front of a wall with graffiti.

The MV that he is currently shooting is from his new single which is included in his 2nd solo album that is expected to be released on August 18.