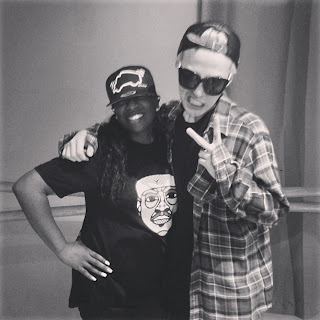 G-Dragon and Missy Elliot finally took a picture together in Los Angeles. The two artists are in L.A. for KCON 2013. G-Dragon posted the photo on his instagram account and wrote, "FINALLY #missybaby #gdragonbaby #LA".

Fans are excited with this meet up as it was announced before that Missy Elliot is going to be featured in G-Dragon upcoming solo album.