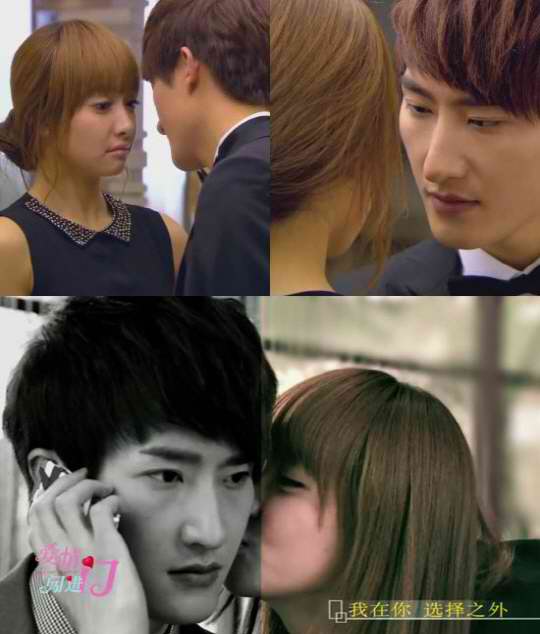 f(x)‘s Victoria revealed the hidden story behind the kiss scene with Super Junior M‘s Zhou Mi on the successful Chinese-Taiwanese drama, “When Love Walked In”.
On one of the episodes of KBS W’s “Glitter” where she is an MC, Zhou Mi revealed, “The kiss scene was supposed to be serious, but whenever our faces got close, we burst out in laughter.”  Victoria added, “That was so funny, I think I spit a lot on Zhou Mi’s face by accident.”
Victoria played the female lead, Shen Ya Yin, who had a change of life from normal to becoming a big company's CEO's granddaughter. Zhou Mi, who played one of the special company workers, helped Victoria during her transition and eventually fell in love with her.
Watch below the Kiss scene: