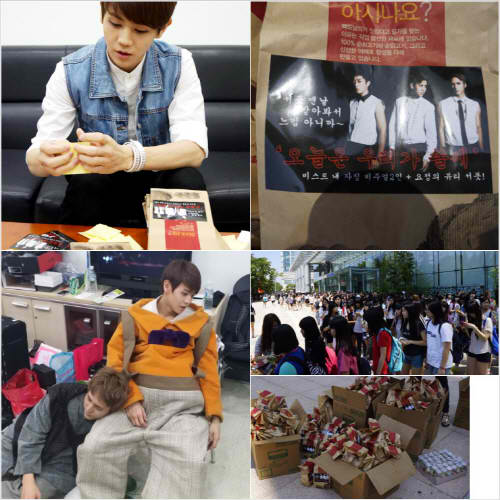 BEAST bought hamburgers for their fans.

On the 24th of August, before the pre-recordings for MBC ‘Show Music Core’, idol group BEAST prepared a simple yet special gift as they prepared hamburgers for the fans who were present on that day to show how grateful they were to have their fans' support.
Members Doojoon, Yoseob and Dongwoon made some stickers and put on the gift saying "We always receive supports from you, this is our treat".
To make their goodbye stage even more special, Dongwoon and Yoseob secretly met up with their fans while wearing mascot costumes.
Written by: angelclowie18@dkpopnews.net
Tags: Beast, News
Share
Previous articleNext article