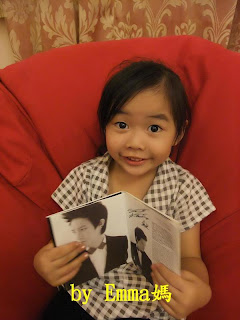 Taiwan’s WeiQi and Emma’s Mom took 5 copies of Taiwanese VER. SJM’s mini album to let Han Geng sign (two copies were given to me and my daughter, thankyou!)
Geng flipped to his page with experience, as he was signing he was performing aegyo to Emma’s Mom “I don’t even have the taiwanese version yet…”
Emma’s Mom immediately said “Then you can have my daughter’s copy” (Her daughter is a 4 year old, Little Geng Fan)
Geng reacted quickly “I don’t steal stuff from kids!”(Haha, you’re so straightforward)

When this 4 year old Emma..recieved Geng’s signatured copy~~her eyes were big and bright as she flipped to Geng’s Page and found his real signature~~She was stunned!!! After looking at it closely~~She was so happy!!But I don’t think she could understand what he wrote^^~~Now, no one can steal the album away from her!!

****!! – Geng has been spotted at a hospital on November 9th, 2009 by a nurse/fan. He was superskinny due to stomach problems, and visited the hospital to check his condition. 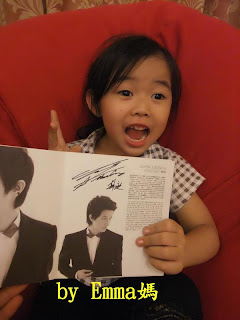 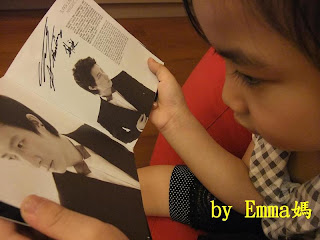