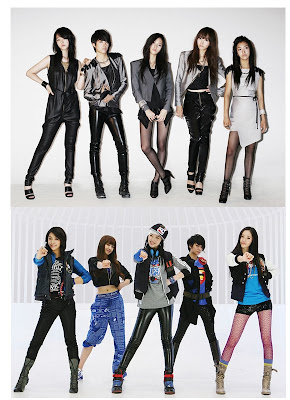 Being a fan of f(x),i noticed some changes in f(x)'s members from their first single Lachata to their latest song Chu.

Debuted with Lachata a few months ago,f(x) showed us some cool sides despite their young age.As you can see in the photo above,their image for Lachata is a bit gloomy and you can hardly see them smilling in the photo.However,everything changed after the release of Chu,all members are showing us their cute side,i think this is the image that suits them more.

I have made some analysis on the transformations of each member,let us start with Victoria,the leader. 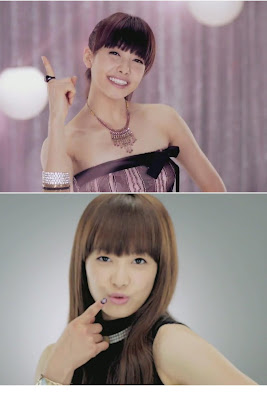 f(x)'s chinese leader Victoria is well known for her flexible body and incredible acrobatic skills.To be honest,not much changes can be seen in Victoria as you can see in the photo above,her image is more or less the same.In terms of hairstyle,the hairstyle she is having now is the same as the Lachata' hairstyle,but one thing i noticed is she is now wearing the "Kara Mister's pant" while performing Chu,her flexibility is perfectly shown in that outfit especially when she does the flipping. 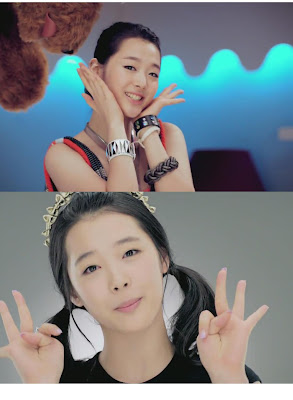 Sulli is growing on me these days.I have to admit that she is a cute little talented girl,her image in Chu's MV suits her very much.She looks really pretty with the two pony tails,do you agree with me? 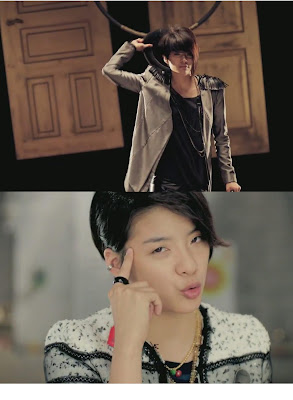 Already received much attention when f(x) first debuted thanks to her boyish image.She really has the boyish charm to make fangirls scream.In f(x) Chu's MV,her face can be seen clearly compared with Lachata's MV,she is quite good looking and i hope that she will surprise us with long hairstyle in the near future! 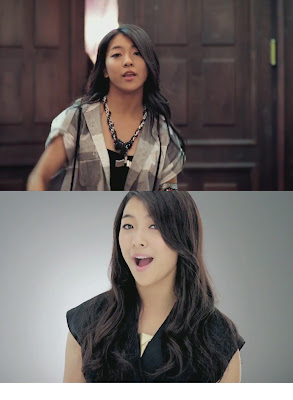 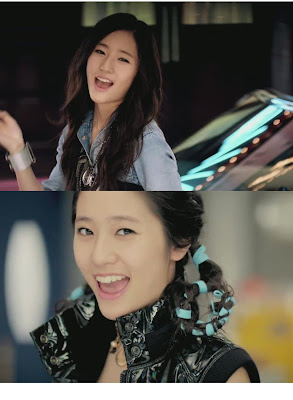 Krystal,a.k.a SNSD Jessica's sister,she is the prettiest among 5 girls,just my opinion.But what happened to her in Chu MV?Her hairstyle is really not something "viewable",don't you agree with me,just compare the snapshots above,she looks absolutely georgeous in Lachata's MV but her beauty is ruined by her weird hairstyle in Chu.

As a conclusion,i like Sulli's changes in the new single,she looks more energetic and cute with the new image given!