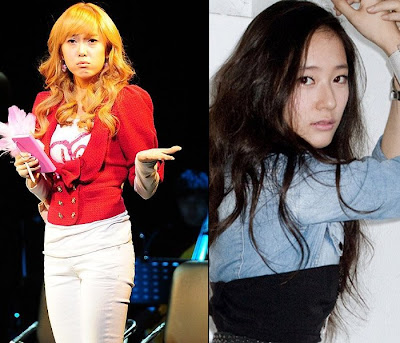 SNSD's Jessica attended the showcase of Musical show 'Legally Bond" on 22nd October at COEX Atrium.After she performed the climax of the show,she was being interviewed!

Firstly,Jessica talked about things that happened to her recently.SNSD' members think that "Lehally Blonder" is a great show,so they admire her for getting the chance to involve."They will ask whether i am tired or nor watching me training hard for the show!"

Jessica showed how determined she is to accept this new challenge,"Many think that i am a member of an idol group,so i might have difficulties to perform on a musical show,but i want to be recognised in many other fields too!"

When she was asked to recommend other member of idols groups to involve in Musical show,she recommended her own sister Krystal,"although she is young,but i think she is able to do well,it will be unforgettable if real siblings can perform as siblings relationship on a show"!

She then added,"Tiffany desired to involve in this show.When talking about male artists,Super Junior's Kyu Hyun is very suitable,he has great vocal,he is also good in musical show,i believe that it will be interesting performing with him."