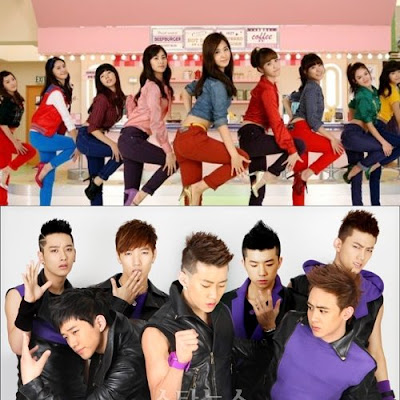 SNSD's popularity is really high too among office workers!

SNSD who won without any controversy has high popularity among samchon workers too.They received 56.3percent of the total number of workers who are older than 4o years old.Besides,they also received 47.5 percent and 38.7 percent of votes from those who are in the twenties and thirties.

In total,SNSD received 46.1 percent of votes from male and female workers.KARA with 30.2 precent,follwed by Brown Eyed Girls,2NE1 and Big Bang!