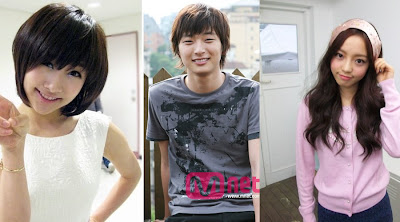 Jin Woon made good use of the opportunity when he appeared on SBS ETV's "Idol Maknae Rebellion" to clarify his relationship with Kara's members.The show will be aired on 7th November.

It's such a cute incident,Jin Woon has to suffer just because a story told by Nicole


Video showing close relationship between members of 2AM and KARA!