Share
0 comments
Its time for another week-end mash up! Been having busy week's lately? school being hectic as usual, exams eating your free time? Fear not! for I bring you the summary of the whole week's hottest news to keep you updated and not left out with the kpop shizzle!

Summing the weekly news from Friday to Friday I bring you the hottest and mind blowing news every day of the week to keep you updated! 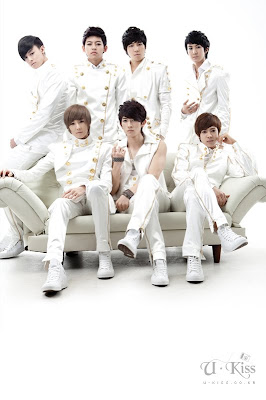 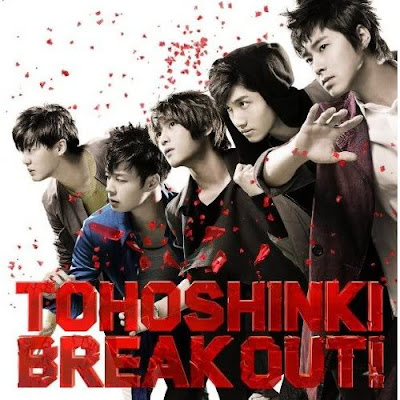 TVXQ won the first place in Japan Oricon Monthly ranking chart by their sale results of only 5 days! This is evidence which proves how Huge TVXQ has become in the Japanese Music market. Despite their legal disputes which has calmed down now, there is no stopping from TVXQ making a huge success in Japan. 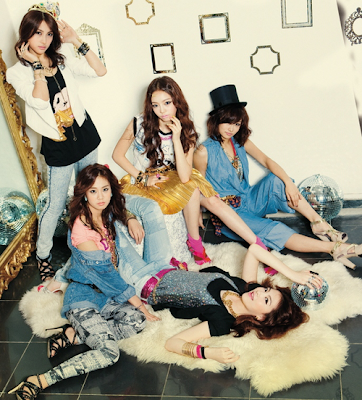 Kara arrived in Japan for their Showcase and fan meeting as scheduled. Kara wasn’t able to join the special stages for the New Year celebrations because of their already planned Japanese schedules. Kara arrived and seemed to be excited upon arrival; Kara is slowly making a name in Japan and holds a good number of fans. 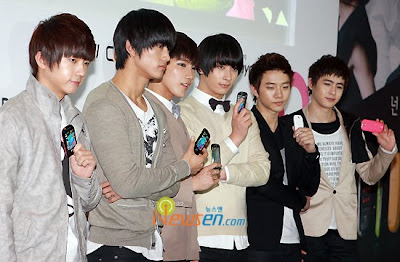 2PM held a fan meeting sponsored by Samsung Corby in which they are also endorsing. 200 lucky fans were present during the fan meeting. Not only autograph signing was present but also a special hearbeat choreography tutorial, picture session and question and answer portion. Despite being on break after their promotions for their full album, 2pm is still keeping themselves busy with solo activities and endorsements. We got married “adam couple” Jo Kwon and Gain’s kissing scene was revealed to be a prank which was revealed on the episode of We got married. Gain was said to be invited to be featured in the music video of 2am’s comeback title song “even if I die I cant let you go” in which there was a kiss scene between them. It turned out that jokwon only ended up kissing gain in the forehead and was revealed that was a prank by the staff. The two got nervous and awkward during the kissing scene but enjoyed the experience.

Also about kissing scenes, 2pm’s Wooyoung also expressed his discomfort about the kissing scene he had with junho during their “your beautiful” parody for last years year end show. Wooyoung said that the feeling was weird when they had to shoot for their kissing scene and it was even revealed that it was the first kiss for both! Wooyoung immediately added that he wanted for forget about it quickly. 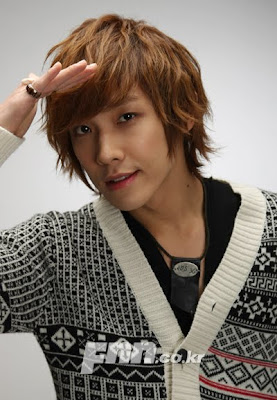 It is MBLAQ’s honey abs Lee Joon’s 22rd birthday, 23 in korea. MBLAQ members celebrated this with a little fan meeting. 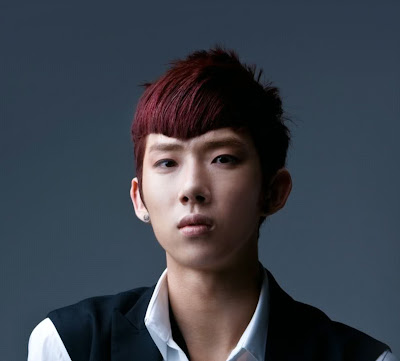 Jo Kwon revealed a shocking story of their trainee days with 2pm members on Entertainment Relay when back then, JYP almost threw Oneday in the trash. Because of an incident when one member couldn’t memorize the lyrics, 2am and 2pm members were punished by Park Jin Young which he ended up saying he will throw 2am and 2pm in the trash. After the incident all of the eleven members cried really hard. It showed their hard experiences during their trainee days. 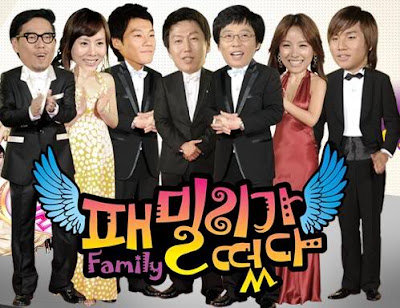 2am finally won their first mutizen after 1 year and and 6 months after debut! When it was announced they won, the members were overwhelmed with emotion and couldnt help but shed their tears. With their ballad comeback song "even if i die, i cant let you go" they have been up with strong competitors SNSD. But there's always room for everyone and this day was their moment. Although its hard to make hits and reach number with ballad songs, but 2am is an exception as their album makes good sales and high rankings on online charts. 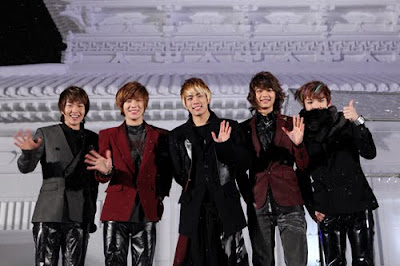 SHINee was announced to be heading to Singapore again! SHINee will be attending an event in Singapore along side other hot celebrities, they will be showcasing their singing and dancing on the 5 hour worth of event. SHINee will also be heading to Cambodia where they are going to perform live there for the first time! SHINee is on break with their promotions for they ended their mini album promotions last month and proceeded with their Asian promotions. SHINee is also preparing for their comeback album. 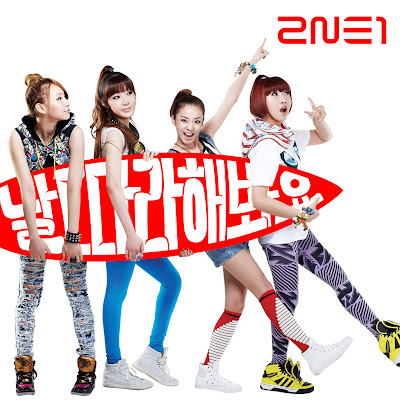 2ne1, after without prior notice releasing photoshoot pictures for an unknown brand released momentarily their digital single “Try to copy me” which was a CF song for Samsung Corby which is also from the same label 2pm is endorsing. There were no prior announcements before this and the release shocked many with sudden news from 2ne1.

Wonder girls member expressed their official reaction about SunMi leaving the group. At first they panicked when they found out that she will be stopping promotions to pursue her studies but after a while they calmed down and gave their support to her decision. They also said that promoting in the US is a huge dream come true to them and that they are not puppet singers from their company. They also expressed how hard it is to be far away from home and that it was a big decision for SunMi to make but she thought of it for a long time and they respect her decision and support her all the way. 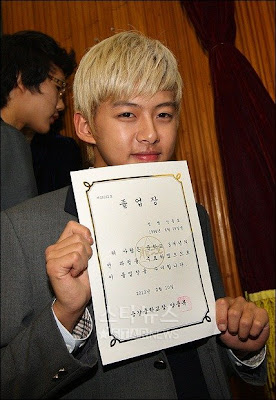 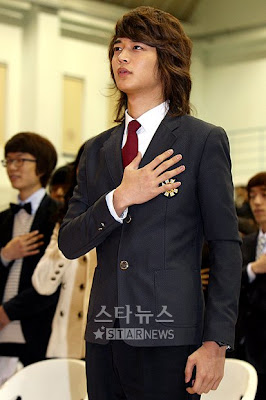 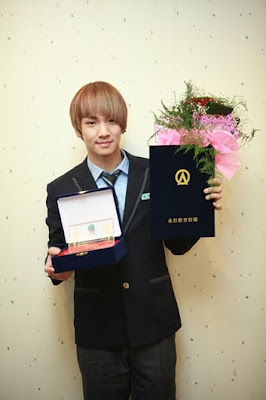 SHINee’s Minho and Key, U-kiss’ Dongho graduated today! Key and Minho graduated high school while Dongho graduated from middle school. They also got awards for being able to balance being an entertainer and being a student making it possible for them to pass and graduate like regular students. Media flocked the graduation of the said Idols capturing their happy moments when they finally received their diploma’s.

4minute successfully ended their Philippine album promotions. After their 4 days mall tour, 4minute finally went back to Korea and will soon head to Taiwan to continue their Asian promotions. 4minute was welcomed warmly in the Philippines making a record of having 5000 fans present during their fan meeting. 4minute’s mini albums were also sold out on stores as Pinoy fans flocked the girls for autographs. They also appeared on several variety shows and performed their hit song Muzik, Hot Issue and What a girl wants.

Kara officially released their Album Jacket Photo which marked the anticipation for the comeback on the 19th with the release of their mini album. Kara donned the detective looks and ditched the cute image for a more mysterious and dark concept. After making a successful comeback last year with 2 hit songs wanna and mister, Kara is going to make their comeback this year going up with SNSD and 2am. 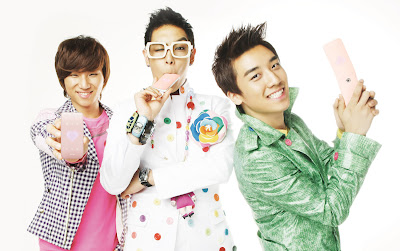 Big Bang officially announced that they are looking for “Lollipop Girl” and will be holding auditions for the up coming lollipop girl that will endorse along side with them for their LG lollipop endorsement. They are looking for a talented girl who is good with singing and dancing and also has a unique style and most of all a good and outstanding personality. 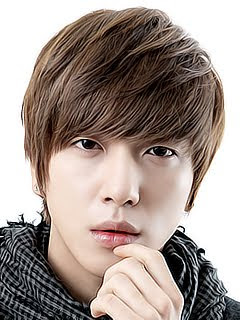 Jung Yong Hwa was criticized for “Lying” on Strong Heart. On the episode of Strong Heart which was aired on the 9th, he talked about a story on the first woman he liked and dated while hiding the fact that that he was from Busan after he came to Seoul, it was then revealed that the woman he was referring to was from GyeongSangDo; But a netizen claimed that it was the same story that was shared on a radio show last year which made Yong Hwa a liar. But his company said that it was a genuine experience of yong hwa and it is not him lying but the netizen who said so. 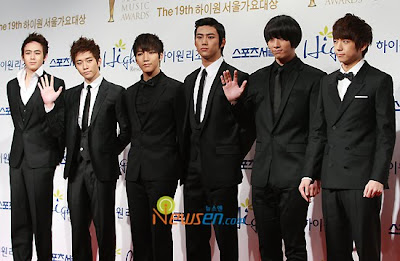 The group 2PM has become the entertainment’s best beast idol. Upcoming on the 14th, the MBC New Years Special ‘Star Dance Competition’ (Producer Yoo Ho Chul), they conquered the arm wrestling and ‘Human Stick Game’ (Yuht is the traditional game played on New Years with 4 sticks). A representative for ‘Star Dance Competition’ stated, “2PM, among other male artists such as Super Junior, Chun Myung Hoon, Kim Jong Min, No Yoo Min, Beast and Mblaq, competed and 2PM beat the others and even made it to the final round. By beating the other groups, 2PM was able to make it to both 1st and 2nd place as entertainment’s best beast idol.” 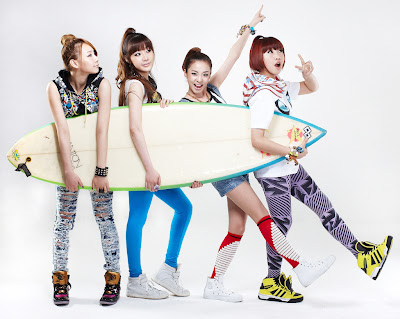 2ne1 conquers the top spots on online music charts only after 3 days of Digital release of “Try to copy me”. Experts said that SNSD will be staying for a while on the top spot of charts with their hit single “Oh!” but looks like 2ne1’s surprise release of their digital single for Samsung corby shook fans and excited them causing it to be another hit from the unstoppable rookies-no-more. The release of the song is like a teaser/prelude to their upcoming full album and with a hit like I can only imagine what more with their full length album that will drop on April. 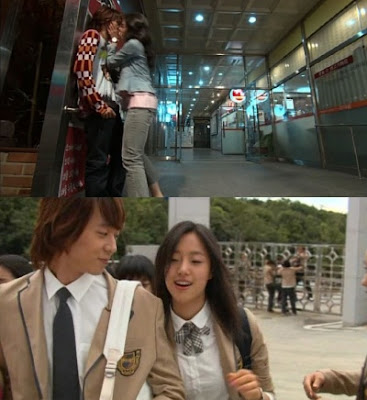 Looks like T-ara’s Eunjung had a past lip locking moment with DBSK’s Michy Yoochun for a drama production almost 4 years ago called Dating from Earth. Eunjung has made already a lot of pre-debut acting scenes which makes her now an experienced actress. The kissing scene caught the attention of the many back tracking to the scene where she kissed Yoochun in the drama. 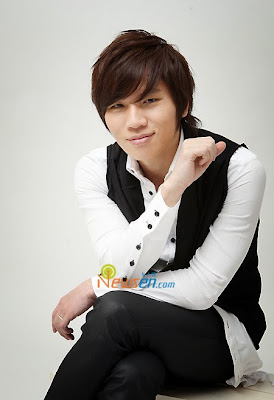 K.Will was announced to be representing Korea for the Asia’s Pop Festival over the weekend. Hit Ballad singer will be heading to Japan over the weekend to represent Korea that will be held in Niigata Prefecture, Japan. K.Will was chosen because of his strong vocals and increasing fan base in Japan marking his popularity. The said event is going to showcase the top artists from different parts of Asia such as Taiwan and Japan.

Rihanna recently landed on Korean soil to promote her album, in which she also got to meet 4minute. During the press conference, she was asked what are her reactions on the recent accusation and allegations about SNSD’s title song “Oh!” plagiarizing her track “Shut up and Drive” which was one of the hottest songs and even one of Billboard’s top ten songs. Rihanna’s response was short and simple where she said that she hasn’t heard of the issue, and since she has no idea of the matter she will not make any comments about it.

SNSD won for the second time in a row this week on Music Bank! SNSD with their hot comeback title song “Oh!” has been making the records set with explosive sales and positive feedbacks. Their new song is said to start another syndrome following their “gee syndrome” which topped 9 weeks in a row last year. But with more competition this year and comebacks by hot artists such as Lee Hyori, Kara, Son Dam Bi and 2ne1. Will SNSD be able to hold the victory?


That pretty much summarized the whole 7 days right? This is the third week of my mash up and it made me think of how time flies so fast!

Please don’t hesitate to leave comments and suggestions, I am still figuring out how to improve my week-end mash up’s and make it more interesting!

I would like to remind that this is a DKP exclusive and may not be taken out of DKP.

Please do share your comments and opinions, it will be much appreciated, any suggestions for a better week-end mash up? Comment away!

Also, you can follow me on tumblr with the latest photo updates from your favorite idols!